The Rupert Brooke Society was very sorry to discover that Phyllis Gardner’s grave is unmarked and uncared for. Because no one realised she was buried there, the churchyard gardener has unwittingly created a path over her grave from walking back and forth on a regular basis to get to his tool shed. It seems wrong and terribly sad that such a notable and highly regarded person as Phyllis Gardner should end up like this. Just a few plots away in St James the Less Church, Stubbings, Maidenhead, Berkshire her parents share a grave with a carefully designed headstone (probably by Phyllis), which makes the contrast all the greater. 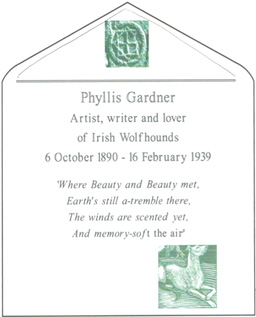 After Phyllis died on 16 February 1939 from breast cancer at the age of 48, her sister Delphis struggled to deal with caring for a sick father, autistic brother and numerous Irish Wolfhounds and other dogs, so clearly never got around to having a headstone made. Thankfully the church has burial records which give plot numbers, so this is how we have managed to locate Phyllis’ grave. An obituary in the local paper at the time details her well attended funeral and quotes some of the affectionate messages left on flowers from family, friends and key Irish wolfhound figures of the time.

The Rupert Brooke Society has successfully funded a headstone made for Phyllis Gardner’s grave and has come up with a fitting design to reflect who she was and what mattered to her. The headstone is now complete, and we hope to arrange a gathering at St James the Less Church, Stubbings, Maidenhead when it is placed. 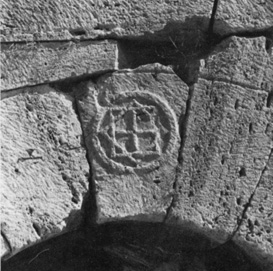 In designing the headstone, we wanted to create a memorial that would have meaning to Phyllis Gardner as well as highlighting the key points of her life. The final design is based on a lintel from the octagonal martyrium church at Phrygian Hierapolis (modern Pamukkale), dating to the late fourth or early fifth century.

This design was mentioned by Phyllis in her Memoir; it held great symbolic meaning for her soon after Brooke’s death:

But near the beginning of this time a wonderful thing happened. My mother and I were in town, and while we were walking in Regent Street near the Queen’s Hall I saw a newsboy with a big placard: - “Heavy fighting in Gallipoli”. The thought flashed across my mind like a streak of lightning: - “I know someone who’s well out of that!”

I thought again: well out of it? And again the lightning flash came, without a shadow of uncertainty, “yes! And you are not to worry: he wanted to go: - he’s better off where he is: you would be wrong and disloyal to worry.” And somehow it seemed as if his presence were with me, reassuring me and comforting me. It stayed with me all the way home in the train, and gradually faded away in the evening, but it left me with a great sense of calm and of certainty that all was well with him.

While this feeling was still strong upon me, old Dr Freshfield came in with a rough plan and some photographs of the ruins of the Church at Hierapolis. This was one of the very earliest of Christian churches; one is not sure but what it existed in the time of St. Paul (v. Colossians, IV, 13). On one of the lintels of doors there is a design of two interlaced squares in a circle, with a cross in the middle; and Dr Freshfield had a theory that the church was built with this form as a ground plan. He gave me some measurements he had taken on the spot (apparently at some personal risk, the country being infested with brigands), and some photographs, and I set to work to try and reconstruct the plan. The measurements fitted in like a puzzle; the thing worked out much better than either Dr Freshfield or I had hoped it would. I sent him the finished plan, and he was delighted, and gave me as a professional fee a sum far larger than I thought the work was worth. I devoted a part of this sum to having a little gold ornament made in the form of the plan for him, and another exactly like it for me; and as I imagined that the mystic significance of the pattern was somehow connected with my new certainty of the survival of the soul after death, I took to wearing the ornament as a kind of reminder in case I should ever lose faith. 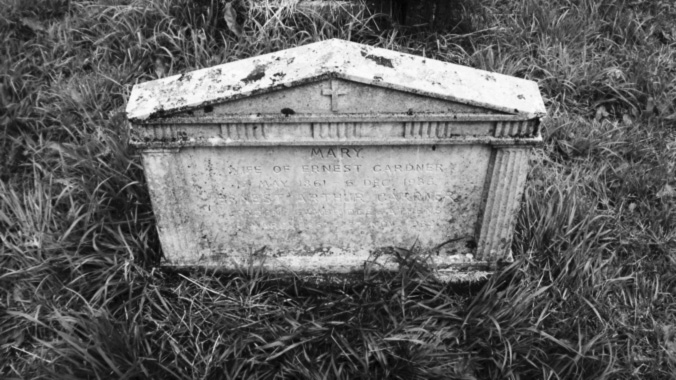